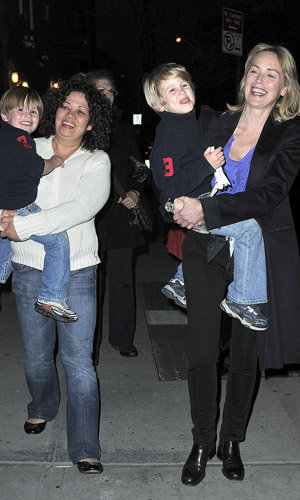 Oh, Los Angeles, how I miss thou! If it weren’t for your entertaining Superior Court documents, I wouldn’t have anything to read at the nail salon.

You never fail to disappoint…

According to OMG Yahoo!, Sharon Stone is being sued by an ex-nanny…actually, an ex-live-in, head caregiver who was promoted to that lead position after working for Stone for 2 years.

The nanny’s complaint? The suit alleges that she was fired for religious reasons, having a strong Filipino accent that Stone didn’t want rubbing off on her kids, and having been accused by Stone of stealing after being paid overtime when the crotch-shot actress didn’t think she should have received overtime. No offense, but I haven’t seen the Basic Instinct star in much since the 90’s, so besides building a rep as being kind of mean, what is she so busy doing that she doesn’t know how much her sitter is being paid?

Seems Stone’s first problem was having a nanny on a “payroll” instead of paying her under the table like normal people.

While I strongly believe parents should be as overprotective as they want to be when it comes to childcare, based on her past behavior, seems like Ms. SS never skips a daily dose of crazy pills.

On the other hand, she might be a very lovely, generous employer who is simply being taken advantage of by a disgruntled employee.

But let’s be honest, that would make the story much less interesting.

I Heart These Sites

Sites I Care About